Accessory Must: A solid white hat

The Weekend already proved he can woo the world with “Earned It” and make us dance with “Can’t Feel My Face” so why not add another notch to the belt? His first released collaboration off his upcoming album Beauty Behind the Madness (coming Aug. 28) is called “Prisoner” featuring the sultry queen herself, Lana Del Rey. The Weeknd’s falsetto takes the lead on the chorus as the verses serve to be a guide on how to love; “love will always be a lesson, lets get out of its way.” The powerful bass in this song drive it to be a definite R&B hit and Lana’s easy-going verse just adds to the sex appeal of the song. Abel swoons to the song admitting he’s a prisoner to love; something Lana Del Rey knows very well. The two compliment each other musically, lyrically, and aesthetically.

Zac Efron as a DJ trying to make it in the valley. What’s not to love? Maybe I’ve just been watching too many of director Max Joseph’s Snapchats (yes, he’s from Catfish), but the hype for this movie seems to be increasing by the minute. Powerful energetic trailers showing a group of guys banding together, following an incredible dream that is almost impossible to achieve- success.

From the second I heard what this movie was about, I knew it would be killer. In this generation’s need for dope music, 6 pack abs, and a rags to riches story- it has the trifecta and I haven’t even seen it yet. BONUS: a dope soundtrack with music that makes you wish you had a million dollars to go blow at every EDM fest in the world.

The soundtrack features some electronic/dance newcomers as well as other talented artists: Erin McCarly, Pusha T, AlunaGeorge etc. One standout track is the alt-turned dance song “Desire” by the band Years and Years. This band specializes in electronic pop, but the Gryffin Remix gives “Desire” the push it needs into the dance world. “Open your arms and pray, to the truth that you’re denying, give in to the game, to the sense that you’ve been hiding”; poem-like lyrics are sweetly sung as the song builds into a mega-pulsating chorus.

The opening track of the album, “I Can Be Somebody” features smooth pop vocals from Erin McCarley. A beautiful track starting off the soundtrack the right way. While “BlackOut” serves as the next “Shots” 2.0 featuring Lil Jon himself. The vibe is party, party, party. A re-work of “You Know You Like It” by AlunaGeorge is also featured, taking a more layered twist -vocally. The movie track is heard in all its glory on Justice & Simian’s song obviously titled “We Are Your Friends”. 80’s synths and shouty vocals coax this song into being one of the best off the soundtrack.

August 28th and I have a date and it’s to see “We Are Your Friends” in theatres. 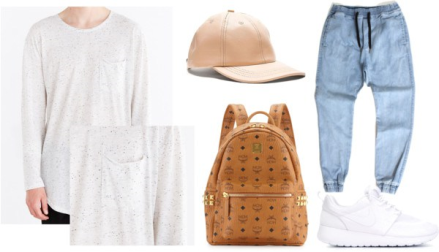 Chris Brown’s album, X was released last year and further showed off his musical skill into the dance world, starting with the heavy track “X”. This song builds into something crazyyyyyy good. Brown sings low, “If you’re only as good as the company you keep, then imma blame you for what they say about me.” Quiet and calm verses tell a story of a broken relationship and the release comes during the chorus as Brown yells, “I swear to God I’m moving on, I ain’t go back no more.” With a hard hip-hop beat underlined with some dance/electro sounds-Brown has himself another banger. The beauty of the verses serve as the perfect contrast to the emotional and angry chorus. “X” is what music with meaning sounds like.

“Cause you make me feel like, I could be driving you all night, and I found your lips in the street lights, I wanna be there with you…” are the words sung by Ms. Carly Rae Jepsen on her new single “Run Away With Me” which is also the opening track to her new album EMOTION due Aug. 21. So far, I have been fairly impressed with this album. The singles are proving the 80’s style is coming back in a big way. Of course, the pop is pop and there’s not much depth but Jepsen does a good job at always keeping it lively and catchy all at the same time.

The lyrics are magical and drag the wanderlust right out of you. The music video features fun moments from what looks to be Carly in her natural habitat living life; jumping on hotel beds, trying on cool clothes, dancing with her friends in a club. “Run Away With Me” is your crush, it’s that feeling of fun love that you can’t get rid of. Bittersweet verses and a crazy catchy chorus – damn you Carly…you did it again…

Pop has never looked this good. Jepsen’s new album is bound to be our end of the summer soundtrack. I hate to say it but Carly is a guilty pleasure. She has shouty songs with youthful energy that people can’t resist. “Run Away With Me” could play on repeat for a long time in my car and I’ll still sing every word– that’s how you know you have a hit single.

Can’t wait to hear the rest of this album.

“IV. Sweatpants” comes off Gambino’s album titled, Because the Internet (2013). Clever jabs, arrogance, and swag are the main themes of this song. “I’m winnin’, yeah, yeah, I’m winnin’, rich kid, a**hole, paint me as a villain.” Gambino doesn’t care what you think about him, his upbringing, or anything he does for that matter. “Sweatpants” is the classic hip-hop song too thick and gnarly to not get addicted to. The music video features Gambino looking somewhat fed up with today’s society-stuck in the same routine everyday, walking into the same diner filled with the same people that were there before; “I got more tail than that PetCo, you faker than some Sweet’N Low, Yeah, you got some silverware, but really are you eating though?” This is Gambino’s attempt to break the mold and “do you”.